Mobile usage plays a huge part in our lives. Checking smartphones at least several times a day has become a routine for most of us. For years, the only way for enterprises to outreach mobile users was by creating a native (or hybrid) mobile app. But today, the PWA technology has become an alternative solution for businesses of any size to engage with active mobile users.

Progressive web apps work as websites but provide an almost full native mobile app experience. Users can get push notifications, work offline, and view screen-responsive pages. Even if you don't have a native app but want to reach mobile users, it doesn't matter anymore whether they have a poor Internet connection or don't have it at all.

We can define the advantages of progressive web apps for both business owners and users:

What is a native app? In simple terms, a native app is an application that is built for a particular mobile device (smartphones or tablets). Users install them directly on their mobile gadgets. Native apps can be found on specific online stores or marketplaces such as Google Play or App Store. These are key characteristics of progressive web app vs native app. As you can see, both of these solutions are designed to help brands engage with their mobile users. Now let's dive deeper into the pros and cons of PWA and Native apps.

The time has come to take a closer look at the key advantages of progressive web apps. They will show how you can achieve your business goals with fast-loading PWAs.

PWA software is updated automatically. Users are not bothered with permission requests or distracting notifications. Still, they use the latest version of a progressive web app every time they access it. There is no need to publish app update into the store, you can update PWA directly over-the-air and all users will receive this update instantly.

Cost-effectiveness is one of the key benefits of progressive web apps. The technology helps companies cut expenses significantly. With the PWA approach, companies no longer need to build, maintain, and update separate versions for iOS and Android. As a result, the total cost of a completed PWA solution is significantly lower compared to a native app.

As soon as a native application is completed, it should be added to major app stores. Google Play, App Store, and Microsoft Store set high requirements for apps they include in their databases. It may take too much time and money to satisfy them. Besides, App Store and Google Play take a 30% commission from the price of paid applications and in-app purchases. In this regard, PWAs that are not necessarily added to app stores are winners. They free developers of complicated reconciliation procedures.

Beware that PWA software is not flawless. Below we have listed the main drawbacks of progressive web applications.

Developers use HTML5 or Javascript to build a progressive web app. These high-level code technologies are not best for mobile app development. Consequently, devices are forced to work harder to interpret the code. This process negatively influences battery consumption.

It should be said that specific features of a PWA, for example, push notifications, work fine for Android devices only. Among other functionality unavailable for PWA on iOS, we should mention Face and Touch ID, Siri, and speech recognition.

Experience is still far from the native in terms of smoothness, animations and loading times. But not all projects need that.

Better UX Native apps are built with a particular operating system in mind. It means that developers adhere to specific UI standards for each OS to enhance the user experience. As a result, the app flow becomes more natural and users can interact with it by using gestures and actions that are already familiar to them.

Application speed is a crucial factor for many customers. Since the technologies used for native app development process the code faster, the app loads faster as well. As a result, customers are provided with a much better user experience.

If your application requires integration with the device hardware, PWA technology will not work for you. At the same time, native apps will have access to gadgets' functionality, including camera, GPS, touch screen, etc.

Finally, let's take a look at some important drawbacks of native apps. After that, you will be able to define which solution - native vs progressive web apps - will suit your business the most.

Unless you opt for cross-platform development, you will need more funds to build and maintain a native app since there will be two separate versions for each platform - iOS and Android. The thing is that you will need two development teams to create your app. Given that, the final cost of a native application will become twice as expensive.

To install a specific app on your phone, you need to find it in the app store. Then, your desired program needs to be downloaded. After that, the installation process will finally begin which can take some time.

In this article, we made a detailed comparison between PWA and native apps. As you can see, both technical solutions have advantages and disadvantages. That is why there are no winners or losers in the fight called "PWA vs native apps". Speaking frankly, asking a question like "Are PWAs better than native mobile apps?" is not relevant. Each of them fulfills a certain task and meets particular business requirements. 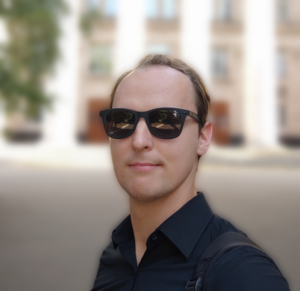 Volodymyr Andrushenko
Co-founder, Business Development Manager at CookieDev
Top 5 Ways to Get Your Startup Funded
Stages before MVP is born
START YOUR PROJECT TODAY
By contacting us, you've already started the project, and we'll make sure it succeeds.